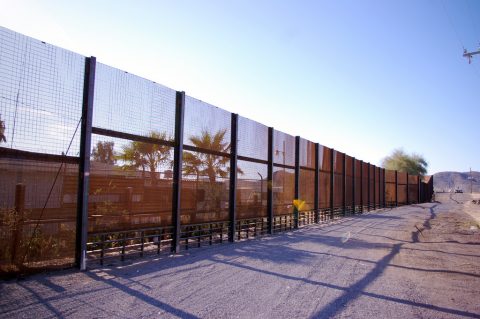 …until the next Worst Crisis Ever.

I’ve avoided reading much on the illegal immigration situation occurring along the Mexico border. Mostly because it’s been difficult finding commentary not steeped in hyperbole, rhetoric, emotional manipulation, or biased opinions, where the writer comes across as a pompous, preachy jerk. You’ve read such posts and comments, so you know what I’m saying.

Some early commentary came off as attempts to get ahead of the story, which meant many – but not all – were also ahead of the facts. This is a complex situation with many moving parts, and few of us have enough information to make reasonable arguments. It hasn’t stopped unreasonable arguments from being made, though. Comparisons to Nazi Germany cheapen the horror of the Holocaust. Shouting “Abortion separates a baby from its mother, too!” denigrates the dignity and humanity of the immigrants, and distracts from the immediate issue. Yes, abortion is intrinsically evil, but for goodness sake, the comparison neither advances the argument nor addresses the problem.

The recently signed Executive Order won’t change anything, either. Politicians will still point fingers, and there will be even more hyperbole and rhetoric. I’ve seen some writers basically say, that if you don’t care about this as deeply as I do, you’re a rotten person, and not really pro-life. I’m pretty sure insults aren’t helpful, but hey, people can get hysterical, which leads to hysterical writing. It happens. I’ve found it helps to remember that hysteria is not a fruit of the Holy Spirit.

Which is why I was glad to read Fr Jonathon Morris’ post he shared on Facebook yesterday. It’s anything but hysterical. His isn’t the only reasoned, cogent, thoughtful post out there, but it resonated with me. I encourage you to read the entire thing, but here are the first and final two paragraphs:

Someone recently wrote me expressing dismay that he is being shamed by religious leaders, like the US Catholic bishops, and many others (including myself) for not being in favor of “illegal” immigration. “I am for LEGAL immigration”, he said, but not for anything “ILLEGAL”.

Allow me to share with you part of my response to him. Keep in mind I don’t write this from the comfort of a professor’s desk or as a politician seeking votes. This is my perspective as a pastor in the Bronx, New York where everyday I encounter the good and the bad of our immigrant communities.

I am not a politician so it is not my job to draft, propose, and pass the urgently needed immigration reform legislation I have lobbied for in this column. I do know, however, that whatever they come up with, if it is to be big and bold action, must decrease the incentive of illegal crossing and vastly increase the possibility of legal crossing, and legal employment, especially through temporary work permits. A federal e-verify system is a necessary component to this. Warning….any politician who rejects an e-verify system is telling us he or she is not really interested in solving the crisis.

Now I will go back to taking care of the people in my neighborhood, both the American citizens and the many new and old immigrants, here legally or not. That’s the moral mandate for a pastor. Let’s pray that our politicians will fulfill their moral and political mandate, for the good of all.

Fr Morris’ final paragraph nails it. We need to “go back to taking care of the people in (our) neighborhood”. Work in the field where God has you. If your field involves helping immigrants through various charities and resource groups, then God bless you. You are doing difficult work. If you believe God’s calling you to actively, directly help, that He wants you on that border – then follow His call to where it leads. Become that saint.

For the rest of us, though? Here’s my opinion, for what it’s worth. First of all, pray. It’s our first responsibility, and our greatest recourse. As Fr Morris wrote, “Let’s pray that our politicians will fulfill their moral and political mandate, for the good of all.” Pray for everyone involved, that God guide, protect, and preserve them.

Secondly, just because you have an opinion, doesn’t mean you have to say it. It’s always better to stay quiet and let people think you’re ignorant, than to write something that removes all doubt.

Thirdly, know and understand Church teaching, and if asked to explain it, do so charitably. Always and without exception. If you don’t know what the Church teaches, rely on authoritative sources, like the Catechism and Church documents. Twitter is not authoritative.

Finally, social media has made the world so immediate and urgent, the needy neighbor outside our door risks being displaced. It’s turned every crisis into The Worst Crisis Ever – until the next Worst Crisis Ever happens. At which point the previous Worst Crisis Ever is forgotten and ignored. Ricocheting from crisis to crisis isn’t how the Christian life works. That’s just stupid.

I bet when St Damien cared for lepers in Molokai, he didn’t criticize US economic policy during the 1893 depression, or rail against the Spanish-American War. I bet when Blessed Solanus Casey ministered to the poor in 1950’s Detroit, he didn’t protest the Korean War. They worked in the fields where God placed them, doing His will.

The same goes for us. Work in the field where God has you. It will give you peace, it will save your sanity, those you serve will be better for it, and you won’t come across as a pompous, preachy jerk. That’s good for everyone.