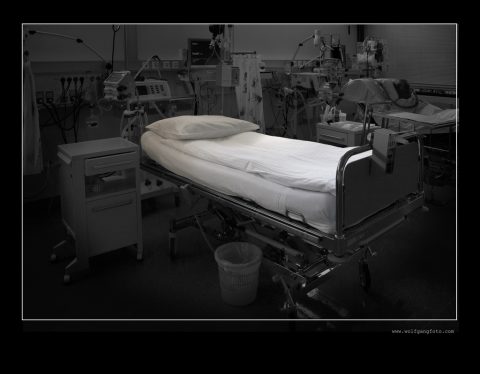 The tragic story of Alfie Evans continues to unfold hour by hour. It seems that with every hopeful step forward, the UK courts issued orders erecting even more barriers between the toddler’s parents, their desires for their son’s continued treatment, and the hospital’s directives. His parents simply want him to be treated with dignity and respect every human deserves, while the authorities believe it’s in Alfie’s best interests – in the starkest, most direct terms possible – to simply be killed.

Much has been written elsewhere, so I feel ill-equipped to add anything new to the conversation. It’s complex, there are a lot of moving parts, and I’m far removed from the on-the-ground situation. Still, I’m entitled to my observations, and I try to see dots and patterns and trends.

There have been stories deriding the coldness of single-payer health care, where patients are reduced to algorithms and bottom line cost-savings. I believe that’s a factor here. I’ve read others where the hospital may be attempting to cover up evidence of malpractice. I’ve read articles where Alfie’s condition – suffering from an irreversible disability – means he’s not worth treating because he isn’t perfect. I believe that mindset also plays a part in this case. Perhaps the best piece I’ve read with that perspective was published yesterday at First Things, by Charles Camosy, titled “Alfie Evans and Our Moral Crossroads”, in which he wrote:

But even if we suppose the judge is correct, he and others are making the case that certain profoundly disabled children are unworthy of life. And when one combines Alfie’s case with that of Charlie Gard, the UK has now established the clear and frightening precedent that parents who have a different understanding of what kinds of lives are worth living may have their children taken from them and left to die—in the children’s own best interests.

As bad as this trend is, when it is combined with other trends in the developed secular West, one can see a clear logical path to its getting even worse.

Not only Charlie Gard, but Isaiah Hasstrup as well. Three similar British cases in the past twelve months that received publicity. How many more have happened, that have gone unnoticed, we simply don’t know.

Determining what’s “in the children’s own best interests”, without considering the rights of the parents, is a vile philosophy. I think we’ve passed the moral crossroads Camosy speaks of, and the West has chosen which path to take decades ago: the experts will make the decisions, and the State will enforce them. If you want to die, the State will help you. And if you don’t want to die, too bad, the State will decide for you. The inherent dignity of the human person, regardless of their mental, physical, or physiological condition, as recognized and taught by traditional Christian ethics for centuries, is no longer central to much of 21st-century thought. It’s become an afterthought. Even amongst Catholic clergy.

Don’t think for a moment that something like this couldn’t occur in the US, because after all, parents still have rights in our republic, don’t we? Maybe, maybe not. Rights or no rights, such cases have occurred – not to the same degree as Alfie’s case, where it’s been determined he must die (though that will happen as more states allow assisted suicide). Medical kidnapping happens – as in the 2013 case of Justina Pelletier.

From The National Review:

One fateful winter day in February 2013, Justina traveled with her mom to BCH from her West Hartford, Conn., home, seeking relief from a severe case of the flu. Ordinary sickness compounded Justina’s rare medical conditions, including mitochondrial disease and postural orthostatic tachycardia syndrome. But those illnesses hadn’t stopped her from participating in school, competitive ice skating, and an active family life.

Instead of receiving top-notch care and attention at BCH, however, Justina was snatched from her parents and recklessly rediagnosed with a psychological condition, “somatoform disorder.” She was dragged from BCH’s neurology department to its infamous psych ward, where she was reprimanded for being unable to move her bowels or walk unassisted in her weakened state. At Wayside, she was harassed by a staffer while taking a shower. The physical and mental torture lasted 16 months.

The stories of Alfie Evans and Jessica Pelletier are not so much about them, as they are about the erosion and abrogation of parental rights, subsumed more and more by an ever-expanding State. Yes, there have been parents who have done evil things to their children, and in those cases, the children must be protected and removed from their homes. And yes, most of the time the medical community gets it right, performs heroically, and saves countless lives. But they do get things wrong sometimes, and at times, they do evil things, too, and act with arrogant infallibility. When they rely on algorithms and metrics, and the full weight and power of the State supports them, what possible options are left for the parents and individuals? We are entering an era where individuals are being told they have an obligation to die, for their own benefit. If that doesn’t frighten you, then perhaps you need to check your philosophy.

Alfie, Charlie, Isaiah, and Jessica – and countless, unknown others – were treated unjustly. They were deemed less than and, with the exception of Jessica, unworthy of life. Not only were they subjected to a life they didn’t choose, they were deprived of the right to live out that life, regardless of the difficulties, pains, and hardships. The parents were deprived of the right to decide what was best for their children. They were treated as criminals, guilty of loving their children, of treating them as human beings worthy of dignity, respect, and compassion. Their children were considered no more than death row inmates, guilty of being an inconvenience, a red number on a medical ledger.

One thought on “Alfie Evans and the Dissolution of Rights”